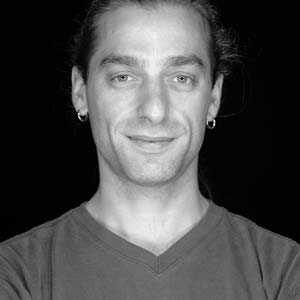 Darius Fisher is the producer of several award-winning films on subjects ranging from alternative energy to peace in the Middle East. He also provides boutique style post-production and visual-effects services for feature films and documentaries.

Darius is the founder and president of Digital Neural Axis (DNA) a production facility based in Topanga Canyon, Los Angeles. A graduate of Sussex University, England, he earned a B.A. in French, and European Studies. In the mid nineties Darius was based in New York City where he worked as an editor, motion graphic designer and visual effects artist.

After founding DNA he moved to Los Angeles to work on major films as a digital artist and vfx supervisor and producer. Among some of DNA’s projects were AVATAR, THE AVIATOR, THE LAST SAMURI, SUPERMAN RETURNS and REAL STEEL. He was the online editor and post supervisor on a number of award winning documentaries including, ENCOUNTER POINT, FUEL, BUDRUS, BHUTTO and most recently a documentary feature called THE BIG FIX that premiered at the 2011 Cannes Film Festival. He also produces and co-produces documentaries.