Composer and pianist François-Paul Aïche was born in Marseille, France in 1977. Upon receiving his Baccalauréat in music and literature, he went on to study composition, orchestration and harmony at the prestigious Berklee College of Music in Boston, from which he graduated in 2001 with a degree in Film Scoring and Music Production & Engineering.

His composition work has been featured in commercial campaigns such as Martel XO, Levis, Nissan, Axe, Nike and many others, in video games like The Matrix: Path of Neo and Spiderman 3, in TV shows like Phenomenon, Majors and Minors, and movie trailers such as Water For Elephants or The Fifth Estate. His latest work can be heard in the documentary Love Thy Nature directed by Emmy nominated film maker, Sylvie Rokab. 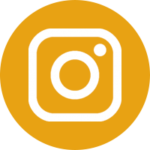